Historically, microbes were considered as potential threats that could be harmful to us, in particular to our brain, considered for long as a privileged organ, particularly sensitive to infections and inflammation. However, our vision of the microbial world has evolved and we are now paying more and more attention to this world that is intimately living within us and may be beneficial for our health: our microbiota.

Indeed, billions of bacteria, viruses and fungi are living within us, in particular in our gut that harbors the biggest amount of microbes with which we cohabit. The microbiota could be considered as an organ that we acquire at birth, keeping it for life, with tremendous potential to influence our physiology as it represents 150 times more genes than our own genome. Actually, we all are a walking ecosystem made of eukaryotic human cells, prokaryotic cells (bacteria and archeae) and viruses that coexist and communicate.

Even though research focused initially on the influence of our microbiota on immunity and metabolism, more and more evidence suggest that these microbes impact many different brain functions and could be potentially involved in several neuropathologies. Finally, our gut harbors also the second most important population of neurons after the central nervous system: the enteric nervous system.

In this MOOC, we will cover all the aspects of the interactions between microbes and the nervous system, starting from an infectious perspective to explore the role of our microbiota in brain functions and potentially neurologic disorders. All along the chapters, you will see how microbes, historically thought as harmful threats, are actually constantly shaping who we are by communicating with our brain.

This MOOC is organized in 5 weeks. Each week is composed of 4 to 6 sequences. In each sequence, you find a 10 minute video and a multiple choice test to help students check their understanding. The videos are in English subtitled in French and in English. All the tests are in English.

This MOOC is aimed at people interested in understanding the complex interactions between microbes and our nervous system, especially our brain.

A bachelor of science is recommended to attend this MOOC.

To get an attendance certificate, you need to take the weekly tests and the final test and get an overall result of 50% or more. 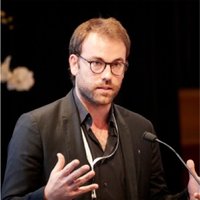 Grégoire Chevalier is a researcher at the Institut Pasteur, studying the interplay between the microbiota and the host. 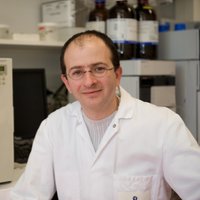 Ivo Boneca is the head of the Biology and Genetics of Bacterial Cell Wall research unit at the Institut Pasteur.

"All rights reserved" is a copyright formality indicating that the copyright holder reserves, or holds for its own use, all the rights provided by copyright law.