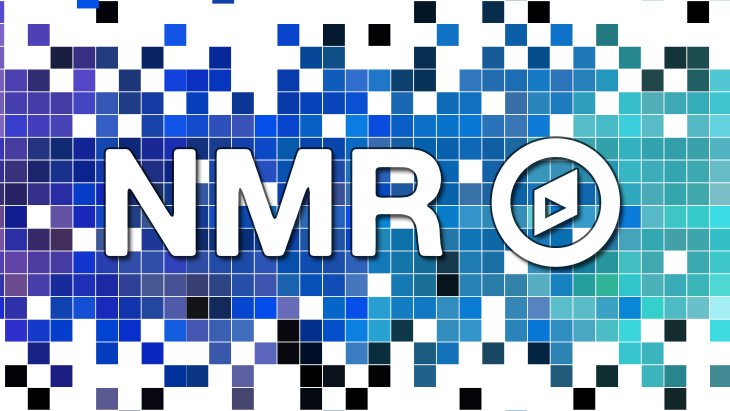 Nuclear Magnetic Resonance (NMR) phenomenon is currently exploited for many purposes, including medical imaging using the MRI technique but also the characterization of the structure and the dynamics of matter at atomic scale by NMR spectroscopy, which is a key tool in chemistry, structural biology, pharmacology and material sciences. NMR is also employed for oil exploration or the inspection of artworks.

This online course, entitled Nuclear Magnetic Resonance, a compass for the nanoworld, aims at providing students and professionals the basic knowledge about Nuclear Magnetic Resonance (NMR) and an overview of its applications. With the aim of developing the subject from the beginning, this course sets out the fundamental principles of NMR. At the end of the course, you will know about the commonly used NMR experiments and the interpretation of the NMR spectra of solutions and solids. This course will notably highlight the usefulness of NMR spectroscopy for the characterization of organic molecules, proteins, sugars and advanced materials.

This course is intended for undergraduate and graduate students as well as educators and professionals who want to learn the basic concepts of NMR and discover its major applications. This multi-disciplinary course will appeal to students and professionals with background in chemistry, physics, material sciences, pharmacology, medicine and Earth sciences. .

Students should have a background in basic chemistry, including: (i) the atoms, the elements and the periodic table; (ii) the structure of organic molecules (functional groups, stereochemistry); as well as in basic physics, including some knowledge about the spectroscopy (energy levels, photon, frequency) and the magnetism. Olivier Lafon is professor at the University of Lille. He specializes on the development of novel solid-state Nuclear Magnetic Resonance (NMR) methods for the characterization of inorganic and hybrid materials.

His current research interests notably include Dynamic Nuclear Polarization (DNP)-enhanced NMR of nanostructured materials, methods to probe the local environment of quadrupolar nuclei in solids and non-uniform sampling to accelerate the acquisition of multidimensional NMR spectra.

Olivier Lafon received B.Sc. in physical chemistry from Ecole Normale Supérieure de Lyon. He passed the agrégation in physical sciences. He received MS and PhD from the University of Paris South.

He was awarded the Magnetic Resonance in Chemistry Award for Young Scientists by the Euromar scientific committee. He is the chief science officer for the French network of high-field NMR facilities (IR-RMN) and is strongly involved in the IR-RMN project of 1.2 GHz NMR facility at the University of Lille. Cedric Lion is associate professor at the University of Lille since 2008, specializing in bioorganic chemistry and chemical biology. After receiving his M.Sc. at the Institut National des Sciences Appliquées of Rouen (France) in 2001, he carried out his Ph.D. at the Cancer Research Laboratories (Pharmacy department, University of Nottingham, UK, 2001-2005), and then a two-year postdoctoral fellowship at the Center for Biomolecular Sciences (University of Nottingham, UK, 2005-2007), followed by a one-year postdoctoral fellowship at the Institut de Recherche en Chimie Organique Fine (UMR CNRS 6014 – COBRA, Rouen, France, 2007-2008). Robert Schneider studied biology and physics in Munich (Germany) and Cambridge (USA). During his Ph.D. thesis at the Max Planck Institute for Biophysical Chemistry in Göttingen (Germany), he applied solid-state NMR spectroscopy to membrane and fibrillar proteins.

His work led to a structural model of the inactivated state of a potassium channel as well as of fibrils formed by polyglutamine peptides. After a postdoctoral stay in the same institut, he moved to Grenoble (France) to work on intrinsically disordered proteins and their interactions using solution-state NMR. Since 2014 he holds a position as assistant professor at the University of Lille.

His research interests continue to focus on the study of membrane, fibrillar, and disordered proteins using NMR spectroscopy in solution and in the solid state. Frédérique Pourpoint is an assistant professor at the Ecole Nationale Supérieure de Chimie de Lille since 2012. She is working on the development of new methods in solid-state Nuclear Magnetic Resonance (NMR) adapted to nuclei exhibiting close Larmor frequencies including the pair of spins {27Al-13C}. She is using such technique for the local characterization of microporous materials including Metal-Organic Frameworks. Her research interests are also focused on the Dynamic Nuclear Polarization method which allows enhancing the NMR signal. Emmanuel Maes is a research engineer of CNRS institute and he works in UGSF (“Unité de Glycobiologie Structurale et Fonctionnelle”, i.e. Laboratory of Structural and Functional Glycobiology) located on the University Lille1 campus. He is a glycobiologist using NMR as a main tool to resolve the primary structure of large kinds of glycans.

He is the webmaster of the “GLYCOBASE” (http://glycobase.univ-lille1.fr), a database which compiles lots of glycanic structures isolated and characterized mainly by NMR and mass spectrometry in his lab by Dr. Strecker during his work life. Dr E. Maes invented the SOACS index as a tool, based on 1H NMR chemical shifts, to found easily a compiled and identified structure in his database. Now, he is the technical advisor of the PAGés platform. PAGés is a platform dedicated to glycans analysis from various sources. PAGés works with private and institutional teams and some information can be obtained on the website (http://plateforme-pages.univ-lille1.fr/). Julien TRÉBOSC is research engineer at Lille 1 University, in charge of a high field NMR spectrometer (800 MHz) since 2005.

He is an expert in solid-state NMR, especially regarding quadrupolar nuclei. He develops new pulse sequences that aim at enhancing NMR experiment sensitivity and at measuring a number of structural information on materials at atomic scale.
He is mostly focusing on inorganic materials, often observing difficult atoms as low gamma quadrupolar nuclei (25Mg, 35Cl, 14N…) in a broad range of materials (glasses, clays, zeolites etc…).
Julien TRÉBOSC defended a PhD on Solid –State NMR methodology at University of Lille 1 in 2003. After a one year post-doctorate in Ames Laboratory, Iowa, United States, he was recruited at University of Lille 1 where he got his Habilitation for conducting research in 2013.

Week 1: Importance of NMR and the basic principles of NMR spectroscopy.

Week 5: 2D NMR of organic molecules in solution and NMR of proteins.

Week 6: A practical work of liquid-state NMR and NMR of sugars.

Week 7: Solid-state NMR and the structural study of glasses by NMR.

Week 8: NMR of catalysts and batteries as well as a practical work of solid-state NMR.